Foods that are Likely to Cause Food Poisoning

Imagine eating sweet food but ending up in pain after that? Food poisoning happens when you eat foods that have harmful viruses, bacteria, toxins, or parasites. The unfortunate part is that you cannot see these things, but you can feel the effect.

Food poisoning is also referred to as a foodborne illness. You will notice the effects when you experience symptoms such as nausea, stomach ache, cramps, loss of appetite, diarrhea, and vomiting.

Apart from food poisoning, there are other illnesses that you can contract from eating unhealthy or the wrong food.

Moreover, the more you have people following you, the higher your chances of seeing people posting about food and some illnesses and poisoning you may get. Poultry can be turkey, chicken, or duck, depending on your specialty.

Avoid taking raw or uncooked poultry because you will be increasing the chances of getting food poisoning. It’s because two main bacteria can be found in raw poultry: Salmonella and Campylobacter.

These two bacteria are mostly traced in birds’ feathers and guts and contaminate the fresh meat as you slaughter the bird. The bacteria can only be killed when you thoroughly cook the meat.

Also, avoid making contact between the raw poultry and utensils and if you do, ensure you wash the utensils thoroughly with soap and hot water.

Harmful bacteria can contaminate the leafy greens and vegetables. These bacteria include Salmonella, Listeria, and E. coli. This contamination mainly occurs when unclean and dirty water is runoff into the soil that the vegetables and fruits are grown.

Ensure you wash the vegetables before consuming them, even if it’s a salad. Also, avoid salad that has been left uncovered a room temperature as you will be increasing the risks of getting sick. 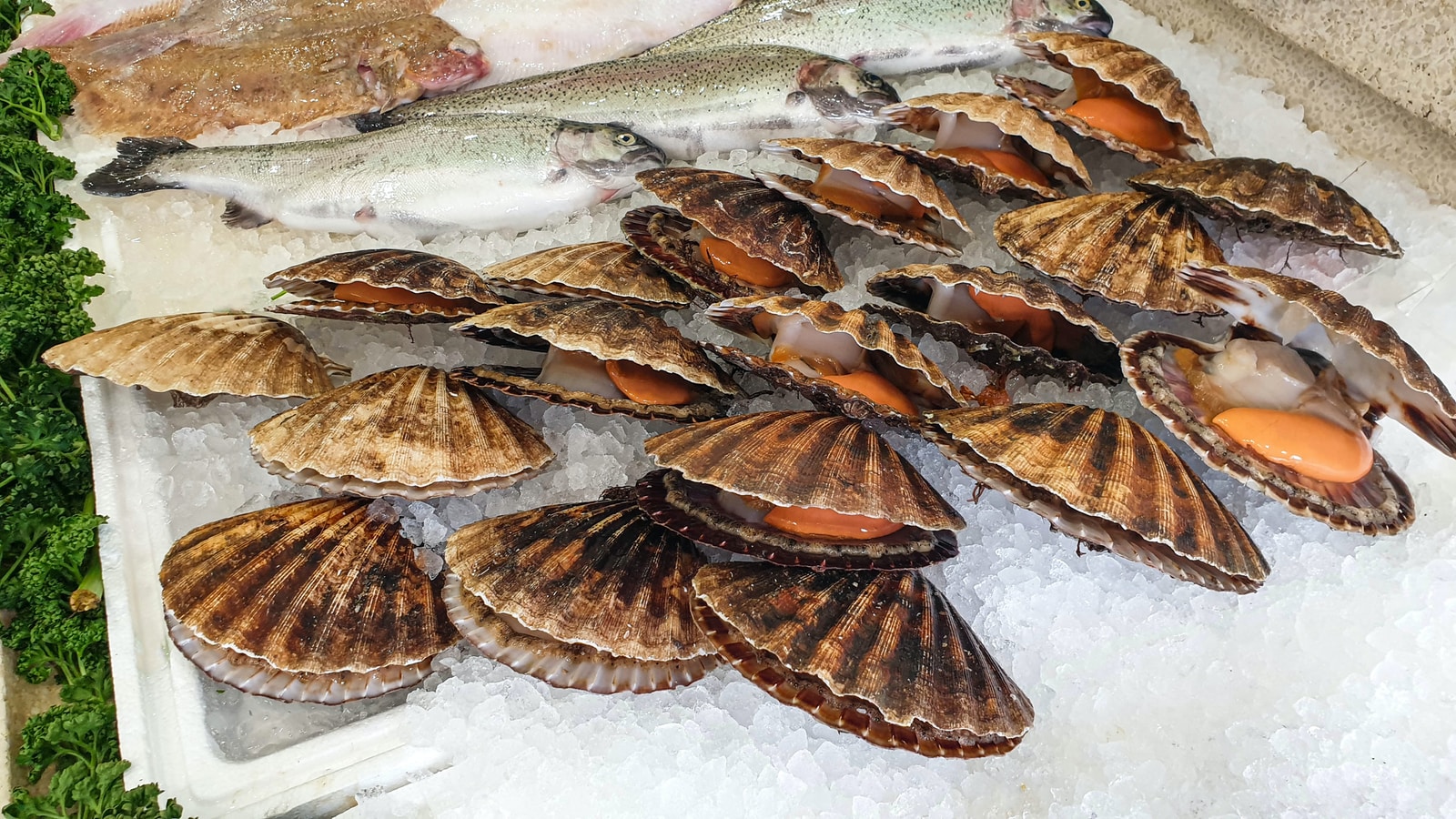 There have been so many cases of food poisoning traced to fish and shellfish. There is a high risk of getting food poisoning from this food, especially if it was stored at room temperature.

The fish can be contaminated with histamine. Histamine is a toxin that is produced by bacteria found in fish. The worst part about this food poisoning is that you cannot destroy the histamine by cooking.

Thus it’s still present even after cooking. It causes a type of food poisoning known as scombroid poisoning, which causes wheezing, nausea, and swelling of the tongue and whole face.

Contaminated fish can also cause ciguatera fish poisoning. It is caused by a toxin known as ciguatoxin. Shellfish like oysters, clams, scallops, and mussels can cause food poisoning.

It is because these shellfish mostly eat algae which produce a toxin that builds up its flesh. It is harmful to the health of a human being. However, it is safe to eat store-bought shellfish.

But shellfish bought from unmonitored places can be unhealthy since it comes from stormwater drains, septic tanks, and sewage, making it more prone to contamination.

Some people love eating fish, and it may even be their favorite dish. In this case, to avoid food poisoning, purchase store-bought seafood. Also, ensure you keep it refrigerated and chilled before cooking it.

Ensure you cook the shellfish until the shell opens, and if it doesn’t open, you can dispose of it.

Rice has been among the oldest food types for so many generations. To some people, it is a staple dish. However, it is prone to food poisoning. Uncooked rice has a high risk of being contaminated.

The contamination can be from spores of Bacillus cereus, a bacterium that produces toxins that cause food poisoning. The worst thing is that these spores can survive the cooking process.

The spores grow into bacteria if the rice is left a room temperature. To avoid getting food poison from rice, serve it immediately after cooking and store the leftovers in a fridge.

Some examples of deli meat include bacon, ham, hot dogs, and salami which can trigger food poising. These deli meats are likely to face contamination through harmful bacteria such as Staphylococcus aureus and Listeria during the manufacturing and processing stages.

The contamination happens through direct contact of poor hygiene of the staff or cleaning process and contaminated raw meat. There is a high risk of food poisoning brought about by meat, especially when it is not stored correctly or cooked.

Thus, ensure you properly cook the deli meat and consume it immediately. However, if it remains, it ensures it is properly stored and refrigerated.

Pasteurization is a very crucial process that involved heating the liquid to destroy harmful microorganisms. Manufacturers should pasteurize dairy products, especially cheese and milk, to be safe for consumption.

When you pasteurize the dairy products, you will be destroying the parasites and bacteria such as Campylobacter, E.coli, Brucella, Listeria, Salmonella, and Cryptosporidium.

Avoid taking expired products as it will increase the chances of getting food poisoning. The harmful microorganisms will be destroyed after the pasteurization process.

There are so many types of food that humans like taking. However, it is unhealthy to take food that will only cause more harm than good. To avoid food poisoning, ensure you practice good hygiene, wash and cook raw meat and poultry, dispose of expired food and take pasteurized dairy products only. Ensure you take good care of your health to avoid cases of food poisoning.

← Previous 8 Tips on Healthy Ways to Eat Your Food

Next → 10 Reasons Why You Should Eat Healthy Food

7 On-The-Go Breakfast Ideas That Are Good For You

Protect Yourself Against Harmful Food Toxins in 6 Easy Steps